A Letter To My Followers

I hope that you have all had a wonderful summer and that you are looking forward to the fall and the return to routine. I have had a busy but restful summer and I look forward to some new projects starting in the coming months.

After much thought, I have decided to bid farewell to this blog as new opportunities present themselves.  It has been a great year of writing about the lost art of letter writing and I know that I have played a role in the revitalization of this to some degree. I know that I am enjoying letter writing again as I hope you are, too.

If you wish to check out other projects, please visit my new website which features an essay I wrote this past June. This essay has become very popular in a short time and now I am in the midst of writing a book. You can visit www.whatiwouldtellyou.com

Thank you to all of you who followed TLWR and made it a success.

I know my blog hasn't been that interesting lately.....even before the strike happened.

I am busy these days. Even too busy to write a letter although that will change as I am taking holidays starting July 18th for two weeks. I have decided to take a blog-cation as well and will return in September. So, I hope you will all check back in 8 weeks and I hope you have a restful summer.
Posted by Julie at 6:32 PM 5 comments:

Last week the government ordered Canadian Postal Workers back to their jobs.

It was quite a highlight to go into the post office and check my mail. It had been two weeks since I had even bothered. We received some bills but also some cards and letters that had been sitting in transit since mid June. 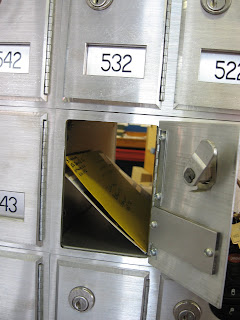 Now I need to find some time to sit down and get writing. I know I owe a few letters and hope to get caught up by the end of July. I will begin posting more now that Canada Post has returned to normal.

Happy Letter Writing.
Posted by Julie at 5:56 AM 6 comments:

Strike Coming to an End?

There have been rumours and murmurings that this Canada Post strike may be over soon but not because they managed to come to an agreement. The postal workers are being ordered back to work. I suspect the mail service will still be slow. How can you expect unhappy employees to give 110% especially when they are being forced to return to their jobs?

I attended my brother's wedding this past weekend and they had a table set up for guests to write letters that they would open in the future. I wrote about this in my post Letters on a Wedding Day. I wrote three letters over the course of the evening to be opened 5-20 years from the wedding day. Sitting down and writing those letters reminded me of how much I LOVE to write letters. I have decided to get back into it, strike or no strike, and at least have some written for mailing when the opportunity presents itself again. My pile of letter writing supplies are literally collecting dust sitting unused on my kitchen table. I haven't put a stamp on an envelope in weeks and I haven't bothered to walk into the Post Office in days. There's no point. Mail isn't coming or going anywhere. Kind of sad, really. 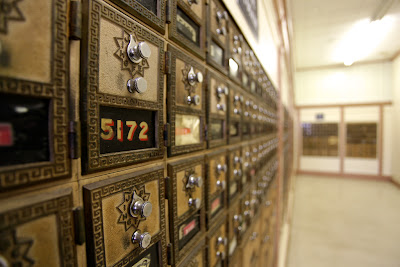 I am hopeful, though, that this glitch in The Letter Writing Revolution will pass and soon my mailbox will be brimming with letters once again.
Posted by Julie at 7:26 PM 2 comments:

I have received news that as of midnight last night, our area of the country will be directly affected by this rotational strike of Canada Post. I have cringed over and over at the news reports regarding the lack of need for the mail system as the world becomes more and more electronic. I was daydreaming as I drove along the highway the other day about what letter writers would do if the postal system decided to call it quits. I have found these last few weeks frustrating waiting and wondering and holding off. I have had friends who could have used a special card in the mail but I didn't send any. I realize how much I really like the postal system especially today when I opened the mailbox and it was empty. That hasn't happened since last summer. This is such a rare occurrence that I even blogged about it when it happened.

In the meantime, the revolution has come to a grinding halt although my inspiration to blog about all things letter writing has returned and so that can only be a good sign. Perhaps this shift in my thinking will somehow impact Canada Post and soon the mail will be travelling again to and from one another.

Recently, I received a letter from a woman who lives locally who follows my blog. She wondered if I had ever heard of "Circle Letters" and if so, why I hadn't written about them. She said she would have been rather surprised if I hadn't heard of them. Well, folks, I hadn't heard of them. Had no idea what she was talking about. She offered to explain it in an email but I was even more confused so I went to her home so that she could show me a Circle Letter and explain it to me in layman's terms. I have attempted to explain it since and I just seem to go around in circles, kind of like the Circle Letter. I pulled this explanation straight off the internet  from here:

The Circle Letter by Rhoda Weber Mack
The circle letter is useful for keeping community with scattered friends and colleagues. We use this for our eight sibling family, to keep the common conversation intact. Here's how:

My old letters add up to a diary of our days, forgotten moments with our children, moods of summer afternoons or wintry mornings long ago when I sat down to add my commentary to the family circle letter.


Extracted from the Whole Earth Review

The woman who shared this interesting concept with me  had an example to show me. Unfortunately, I didn't have my camera with me that day to photograph an actual Circle Letter. She comes from a large family and in order to keep in touch with her siblings, they use the Circle Letter as a personal and effective way to communicate. Rather than writing out a separate letter to each person, they simply write one letter and send it to the person next on the list who adds their letter (after reading the ones inside) and mails it on to the next in line. The list of names/addresses is contained in the envelope so you always know. Eventually the packet of letters grows larger and returns to the initial person on the list. They catch up on all of the news that has been shared since they first sent their letter weeks earlier and then they take out that original letter and add a new one. Round and round it goes. Brilliant.

Perhaps I will start a Circle Letter to be shared between myself, my blood sisters and our new sister-in-law, Ada, who is marrying my brother on Saturday.

How many of YOU have heard of a Circle Letter?
Posted by Julie at 7:24 PM 6 comments:

One year ago, I launched my first web-log, The Letter Writing Revolution. Although my posts have been few and far between in the last couple of months, I am still here and still hoping to keep the revolution going. It hasn't helped that Canada Post is having a serious strike and there is no light shining at the end of this tunnel for now anyway. My husband thinks I should still write and mail letters in spite of the strike as eventually Canada Post will be back in business. Eventually those letters will make it to their destination. I disagree, however, as I like my letters to arrive to the recipient in a timely fashion so that the news and information contained in the letter are still fresh.

The highlights of this first year my TLWR Blog are:
Thank you for reading my blog and commenting along the way. Thank you, too, for the letters that came from near and far from those I know and from those who were strangers prior to the launch of The Letter Writing Revolution.  For now, this blog will continue and will hopefully contain more frequent postings.

What were your favourite posts or experiences from The Letter Writing Revolution?
Posted by Julie at 11:00 AM 5 comments:

Blessed Be The Letter Carrier 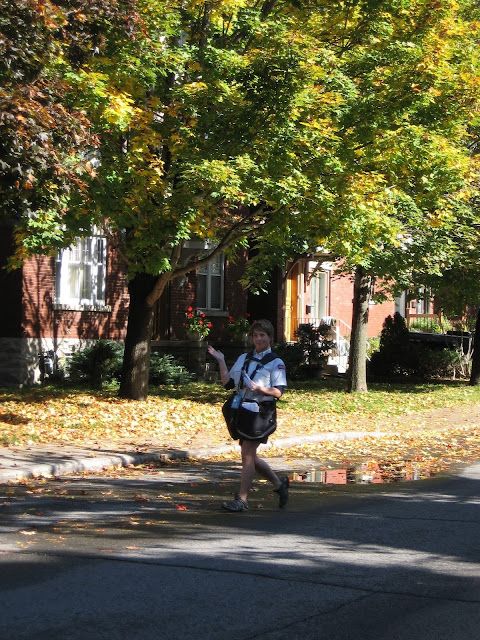